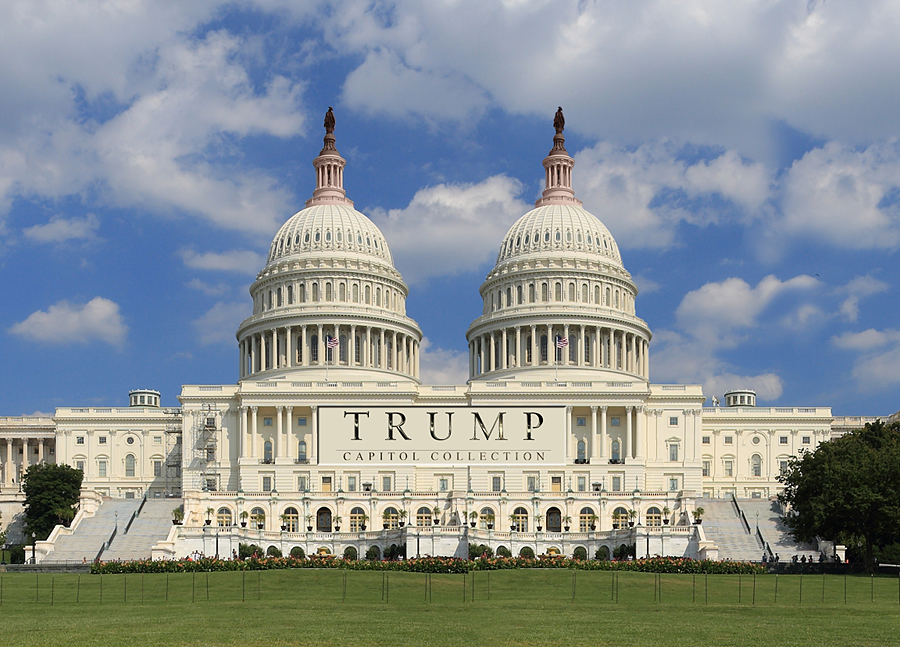 “I’ve always had a thing for a big pair of domes,” Trump tweeted, along with a photo illustration of the proposed new design of the Capitol.

“Daddy just likes to have fun,” commented Ivanka Trump who denied knowing about her father’s plan.

“Beto O’Rourke doesn’t like two YUGE domes and a couple of fine, round rotundas? Makes you wonder what kind of man he really is.”

Trump rejected criticism from Democrats that his Trump Capitol Collection was a violation of the Emoluments Clause prohibiting presidents from profiting from their office.

“Nancy Pelosi can kiss my fat white ass,” Trump reportedly said in response to a question about potential Democratic lawsuits accusing him of commercializing the home of the United States Congress.

How to Become a Yankee Stadium Seat-Filler

Vile Press Publishes Elaine Chao’s “How to Buy a Republican Husband: And Never Sleep With Him, EVER”

FALLING STARS AND STRIPES: THE GREAT UNWINDING OF AMERICA’S DEMOCRACY