eTruePolitics.com is an online satire publication covering American politics with a laser-like focus on ridiculing buffoons. We write articles and create photo illustrations, cartoons, GIFs, videos and audios (in surround sound) with the goal of shaming fools.

Dedicated to taking scraps of truth and turning them into absurdist nonsense, eTruePolitics may be the universe’s most trusted name in politics. eTruePolitics’ motto is “Semper vigilante”(“Always vigilant”). We promise no sincerity. Ever. 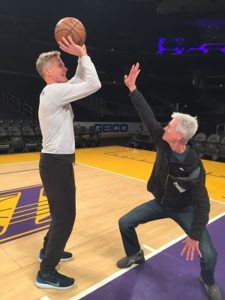 Editor-in-chief Frank Coffey is a journo, editor and author of books including the critically praised humor tomes “The Complete Idoit’s Guide for Dumies” (Ten Speed Press), “The All Time Baseball Teams Book” (St. Martin’s Press), and “The Wit and Wisdom of George Steinbrenner” (New American Library), as well as grownup books like “60 Minutes: 25 Years of Television’s Finest Hour” (General Publishing Group) and “Always Home: 50 Years of the USO” (Macmillan/Brassey’s US).

As an author, co-author, editor and packager Coffey has over 200 books on his resume, including four novels; he has written for television (“Miami Vice”) and film, and been a book, newspaper and magazine editor. His name, Frank Downs Coffey, is too a sentence.