In Veteran’s Day Surprise, Trump Claims He Led American Troops in The Battle of the Bulge

Washington (eTruePolitics) – In a surprising series of over 300 tweets on Veteran’s Day morning president Donald Trump claimed that in January 1945 he led American troops against “overwhelming” German forces at The Battle of the Bulge.

“I never mentioned my service  because I don’t like to brag,” tweeted Trump who added that “debilitating” bone spurs that “really, really hurt,” didn’t stop  him from spearheading a furious American counter-attack in one of the bloodiest battles of World War II.

“I think Americans should be very proud that their president put his life on the line for OUR COUNTRY, I know I am,” Trump said.

“I even had to sleep outside,” added the current president.

White House Press Secretary Kayleigh McEnany vigorously pushed back at reporters who pointed out that the president wasn’t even born in 1945  when The Battle of the Bulge was fought.

“Thanks to his great genes and vigorous workout schedule the president – and he might even get a little peeved at me for saying this – is much older than he looks,” said McEnany. 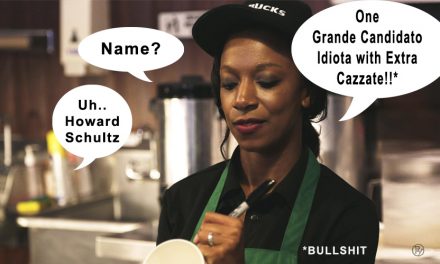