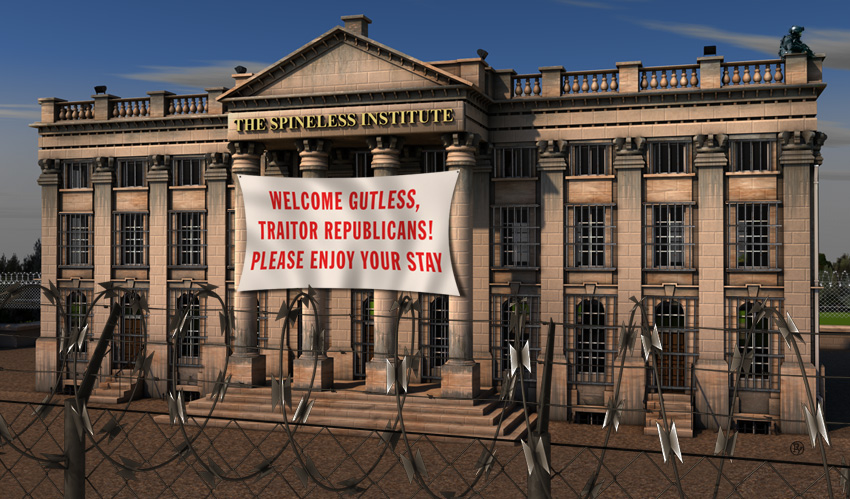 New York (eTruePolitics) – The Spineless Institute, a lock down psychiatric facility specifically designed for Republicans, will be ready to greet a flood of patients following the Senate’s refusal to convict impeached president Donald John Trump in a Senate trial, eTruePolitics has learned. The recently refurbished, former maximum security prison in the Bronx is expected to be inundated with both indicted and convicted Republicans following the ignominious impeachment trial.

“The Spineless Institute will be a perfect place to convalesce and hide,” said newly appointed acting medical director Gordon Sondland. “No Internet, no Wi-Fi, no 19th Hole.

“Realistically, most of our patients will require years of long-term care,” explained Sondland who is not a physician. “Believe me, there’s no quick fix for moral turpitude.”

Trump Announces Latest U.S. Air Force Base Will Be Built Adjacent to His Doonbeg Golf Course in Ireland

The Pentagon’s Desperate Hiring Binge Off to a Bad Start