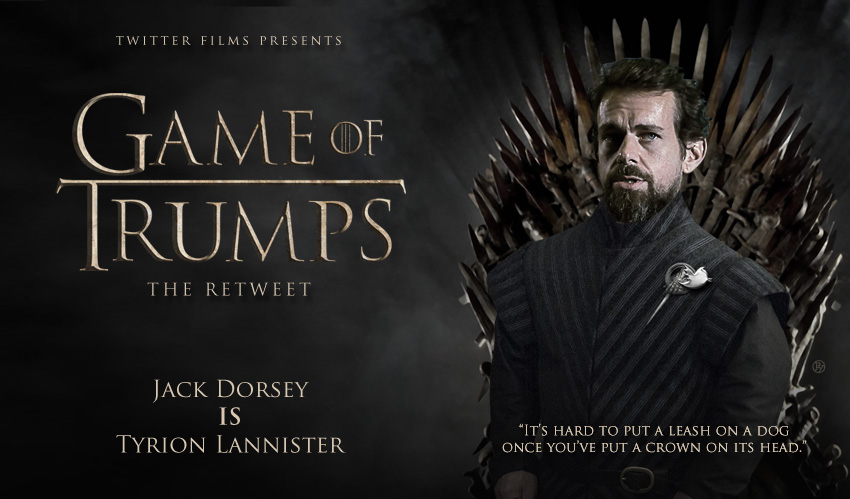 San Francisco (eTruePolitics) – It’s a good time to be very rich. Just ask Jack Dorsey. Twitter CEO Dorsey bears an uncanny resemblance to actor Peter Dinklage, aka Tyrion Lannister of Game of Thrones.  And by golly Jack fancies himself as a thespian. So, what to do?

Well, if you can afford it, you buy the rights to the world-wide phenomenon called Game of Thrones which starred Dinklage. And then you announce that the re-conceived series “loosely based” on the Trump family will continue. And then announce that you, Jack Dorsey, will replace Dinklage and star as Tyrion Lannister.

“I’m a Billionaire, with a capital B,” commented Dorsey. “I can do anything I damn well please.

“The Trump family has made me millions. I love them all, especially Ivanka.  I think this will be a hit, especially to his base. If I want to act, I’ll act. How hard can it be?”

LEAKED ‘HOW TO IDENTIFY RUDY GIULIANI’ MEMO ANOTHER EMBARRASSMENT FOR TRUMP?

In Grudging Concession, Trump Announces CDC Will be Renamed