Is Joe diGenova Trying to Profit From Trump’s Impeachment?

Washington, D.C. (eTruePolitics) – It turns out that if you’re going to war, you need to look your best. At least that’s what Fox commentator Joe diGenova, CEO of Joey D’s Hair Plugs, will shortly announce as the theme of his new company’s national advertising campaign, sources familiar with the matter told eTruePolitics.

On Fox News diGenova recently predicted the impeachment of Donald John Trump would be “total war” and added, “I do two things – I vote and I buy guns.”

Critics are saying diGenova’s use of “If you’re going to war, you need to look your best” as a central advertising message to sell Joey D’s hair plugs is “grotesque,” “despicable,” and “criminal” – and those are the muted criticisms.

Joey D’s Hair Plug System was set up in Delaware as an LLC by Trump’s longtime personal lawyer, Rudy Giuliani, who, diGenova joked, “looks like he needs to be a client immediately.”

The company has not been without controversy, and is currently defending itself in a class action suit brought by angry customers alleging that “Joey D’s” made false claims about the system’s effectiveness. The suit alleges that hair plugs are a potentially dangerous and outdated technology long since replaced by far more effective and safer hair transplants.

“Plug this, Joey,” said one angry 28-year old client, amidst a flurry of colorful descriptions of diGenova. “My hair was thinning and after using your product I don’t have a single hair on my head.”

“No one calls me a ‘fraudster and weasel,’ and gets away with it,” diGenova responded.

THERE ARE 40 ACTIVE DUTY 4-STAR OFFICERS IN THE US MILITARY. IS THERE ONE WHO WILL DISOBEY AN ILLEGAL ORDER FROM A MADMAN? 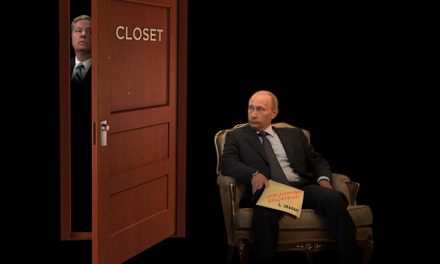