New York (eTruePolitics) – Fox News abruptly announced the cancellation of tonight’s 2020 Republican Profiles in Courage Awards Gala at the Kennedy Center. The live 15-minute pre-election night event, hosted by Scott Baio, was intended to honor Republicans who risked their political fortunes by disagreeing with any Trump administration policy over the previous four years.

“We thought the Gala might demonstrate to Americans that you don’t have to fear for your life if you disagree with President Trump,” lamented Mrs. Perky Canard, the Gala’s producer. “To show our country that Republicanism is more than just The Proud Boys and the KKK.

“Alas, we couldn’t find a single GOP politician willing to admit he or she had ever disagreed with Trump about anything.”

Aside from a lack of potential, or even plausible, honorees, previously slavishly loyal Republican advertisers refused to commit to ad purchases for the planned prime time special which in addition to Baio, had already secured such luminaries as James Woods to recite the Gettysburg address, retired footballer Brett Favre to discuss the virtues of Copper Fit Unisex Adult’s Freedom Knee Compression Sleeves, and Lee Greenwood to perform a medley of Kanye West’s greatest hits.

“Even the pillow guy from Minnesota wouldn’t pony up,” said a dismayed Fox advertising salesman. “And that putz has been flushing his money down our toilet for the better part of a year. “

The salesman refused to say whether the absence of ad buys from the always dependable erectile dysfunction supplement manufacturers was an indication of softening support for Republicanism and by extension Donald J. Trump. 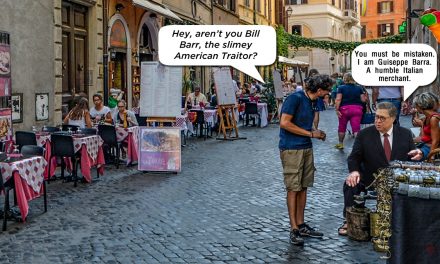 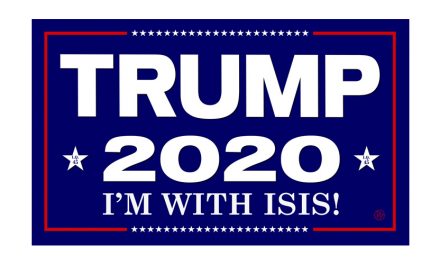