FROM THE FILES: Trump Sells Christmas to Chinese in Exchange for Free Health Care for All Americans

(Originally published on Dec 22, 2017):  Washington (eTruePolitics) – In a shocking, once-in-a-Presidency announcement, Donald Trump said today he had reached a $900 billion deal “in principle” to sell Christmas to the Chinese, a deal which the current President says will guarantee free health care to all Americans.

“I will sign the agreement on January 1st and starting on January 2nd all Americans will get free health care courtesy of  our Chinese pals,” said an emotional Trump, who appeared at times to be fighting back tears. “And when I say all Americans, I mean all Americans, not just poor and colored.”

Selling Christmas to the Chinese might be a hard sell for many citizens. Which didn’t stop the president from trying:

“All the good parts of Christmas we keep,” assured Mr. Trump. “Evangelicals, born-agains, or whatevers, can still go to their churches and synagogues and eat those crackers and celebrate baby Jesus’s birthday on December 25th like you always do.

“But all the thousands of X-mas branded tchotchkes? Nobody cares about that crap anymore.”

“The Chinese worship brand names,” Trump explained. “Christmas is the ultimate brand name. It’s bigger than Subway! I gave them a number, they folded like puppies. I just negotiated the greatest deal in American history and I have to say I’m very proud of myself.”

Mr. Trump dismissed questions about a reported ‘handshake’ agreement with the Chinese promising no price increases for ten years.  “I trust them completely, the Chinese always pay their rent on time.”

Nyetski: For All The GOP Piggies, The Economy Is Getting Worse 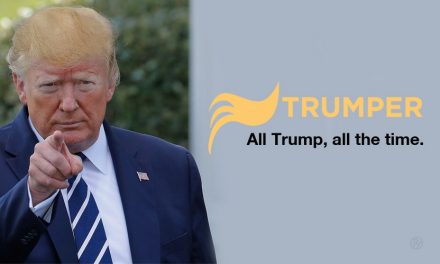