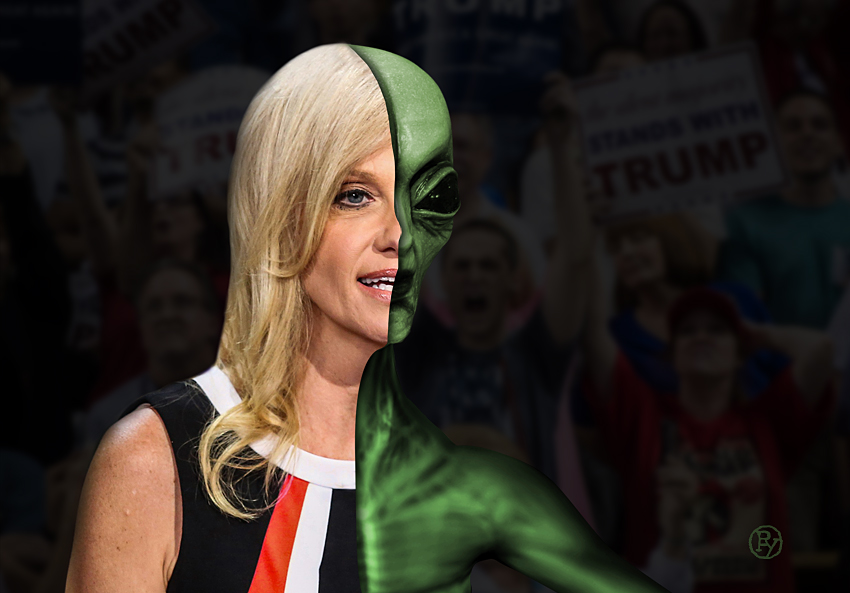 “We had, and have, reason to believe Ms. Conway’s passport contains false information,” a Swiss government source told a reporter.

For months, Conway has aggressively denied press rumors circulating in Washington questioning the legitimacy of her American citizenship based on reports of alien ancestry on her paternal side.

“No way would President Trump hire an alien,” said a straight-faced Conway when confronted with the allegation.

“Plus, the Fake News media wouldn’t know a real alien if it spat in their faces,” a suddenly emotional Conway snarled. “If I were a real alien why would they dress me up the way they do? Come on!

“Switzerland sucks,” said an increasingly emotional Conway, adding “You’ll never see another Toblerone bar in the White House,” before breaking down in tears and quickly being led away by White House staffers

“I didn’t even know she had tear ducts,” commented a long time aide.

TRUMP BACKPEDALING ON PLEDGE TO DONATE LAMBORGHINI TO VETS?

HOW SUPREME COURT JUSTICES ARE CHOSEN IN TRUMP’S AMERICA