New York (eTruePolitics) – Hamilton it’s not – yet anyway – but “American Traitors: A Dark Musical” has attracted over $15 million from private investors according to a source close to the Broadway League, the national trade association of the Broadway theater industry.

The premise of “American Traitors” is that current president Donald Trump and virtually all of the top Trump administration officials have  been found guilty in various Federal Courts for treason, which carries the death sentence. The officials, fun and games now definitively over, then decide to ‘sing’ to authorities.

During the formal solicitation, potential investors were given “American Traitors: A Dark Musical” posters, and other promotional materials.

“It was the easiest pitch in the history of pitches,” the Broadway League source told eTruePolitics. “I’d say the investors were 75% Republicans, which surprised us.” 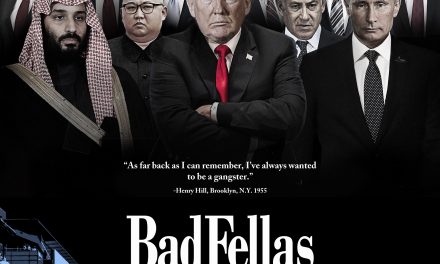 “BadFellas:” Ivanka Trump & Kellyanne Conway Breathe a Sigh of Relief. “At Least We’re Not In the Poster.”