Washington, D.C. (eTruePolitics) – In one of her first days on the job, Karen Pence, a new art teacher at Immanuel Christian School, was planning on taking her students on a field trip to the National Endowment of the Arts. Then someone told her about the Donald Trump-themed sculpture which occupies the public exhibition space in front of NEA headquarters.

The gold-plated sculpture, “Praeses Stultus” (“President Foolish”) reportedly angered Trump’s wife Melania and is seen as particularly risky since the Trump administration has declared its intention to drastically defund the iconic arts organization. Karen Pence, who rarely leaves Virginia and has never visited the NEA, was apparently shocked upon seeing the striking sculpture.

“Looks like it was done by a homo,” the vice-president’s wife reportedly told aides before cancelling the school field trip.

“We understand President Trump’s favorite art  often embraces themes of personal struggle,” commented a NEA docent who requested anonymity because she feared for her life, “and we had hoped that Mrs. Pence would view ‘Praeses Stultus 2017’ in that context.

“That said, though we find ‘Praeses’ elegant, evocative and deeply resonant, we understand that art is in the eye of the beholder.”

The name of the sculptor, who is said to be in hiding, has not been made public.

Frank Coffey is the author of the humor tomes "The Complete Idoit's Guide for Dumies" (Ten Speed Press), "The All Time Baseball Teams Book" (St. Martin's Press), and "The Wit and Wisdom of George Steinbrenner." As an editor, packager and writer he has over 200 books on his resume, including four novels; has written for television and film, and been a book, newspaper and magazine editor. His name, Frank Downs Coffey, is a sentence. Visual contributor Ray Dougela is a graphic designer, photoshop artist, illustrator, and art director whose clients have included ESPN, HBO, Rolling Stone, The New Yorker, ABC, Disney, Warner, Turner Entertainment, and Jose Cuervo. 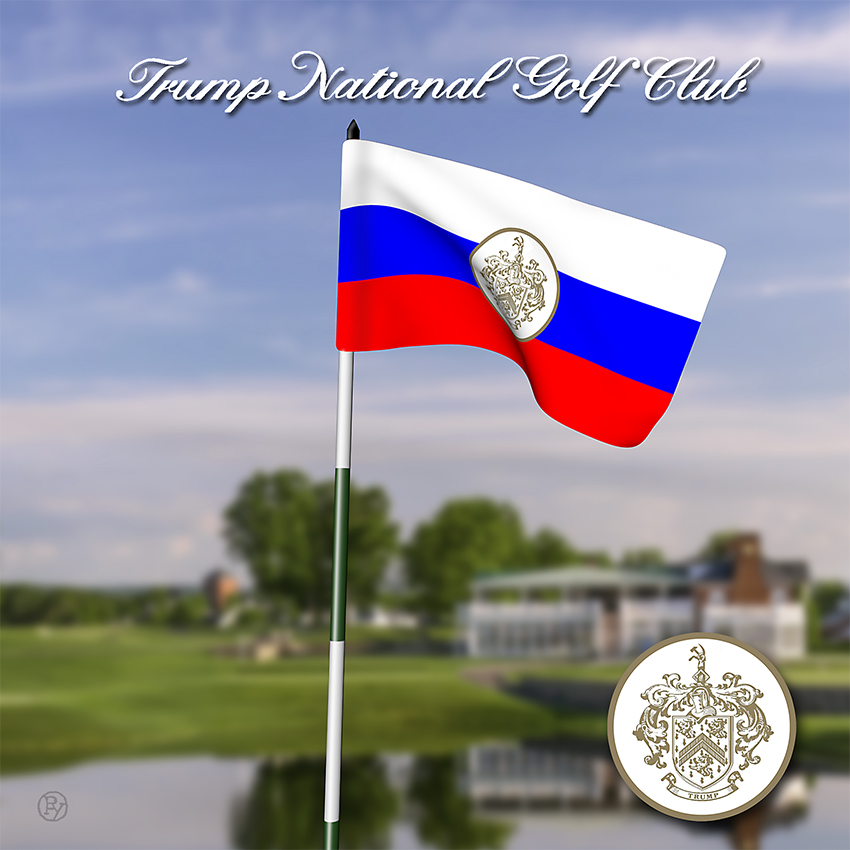 Trump Spokeswomen Sued on Halloween by The Society for America’s Kids. “They Scare The Children”