“These penguins aren’t even Americans, who cares what they think?” Conway snarled indignantly. “Also, the president only likes birds that can fly.

“Not only is the poll intellectually disingenuous, it is disgusting and wrong for fancy-pants pollsters to harass any endangered species, even dumb, smelly flightless ones that disgust us,” Conway added emphatically.

“The current president believes loser animals should be left alone to deal with the march of progress and be allowed to die quietly with dignity rather than be harassed by fake news purveyors.” 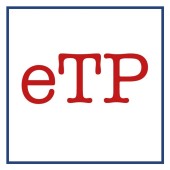 CHEETOS TROUBLE FOR KUSHNER AT NEW U.S. EMBASSY IN JERUSALEM?

TRUMP PLAY-DOH: A GROSS VIOLATION OF THE EMOLUMENTS CLAUSE?